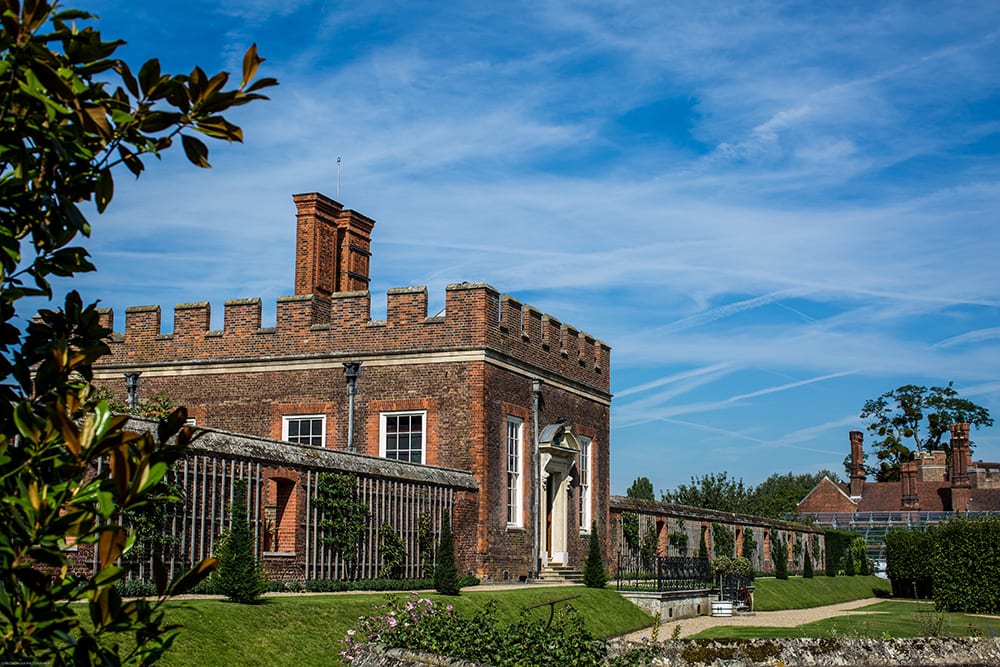 Standing out amongst 60 acres of formal gardens and 750 acres of luscious parkland, Hampton Court Palace is one of the most historic buildings in the UK, ideal for luxury weddings and events.

With several key venues, including the stunning Great Hall and expansive private garden, Hampton Court can turn any luxury event or wedding into an unforgettable experience.

Constructed in 1515 for King Henry VIII’s Lord Chancellor Thomas Wolsey, the palace eventually became home to the King himself when Wolsey fell out of favour; it is one of only two surviving palaces that Henry VIII owned.

In the 1600s, William III and Mary II expanded the Palace in an effort to challenge the splendour of Versailles. This gave Hampton Court its unique blend of Tudor and Baroque architectural styles, rarely found anywhere else. The Palace continued as a royal residence until the Georgian era, and it is still owned by the Crown today. Now open to the public, Hampton Court’s wonders attract many visitors, with the iconic garden maze, Tudor tennis court and sprawling grape vine being particular points of interest.

Hampton Court weddings and events can be organised throughout the year, with larger venues accommodating hundreds or even thousands of guests. Intimate dinners and receptions are also possible at some of the more private areas of the Palace.

The Palace’s variety of luxury event venues means the Snapdragon team can grant you the timeless event of your dreams. Contact us today and we can help you plan and arrange an event that you and your guests will remember forever. 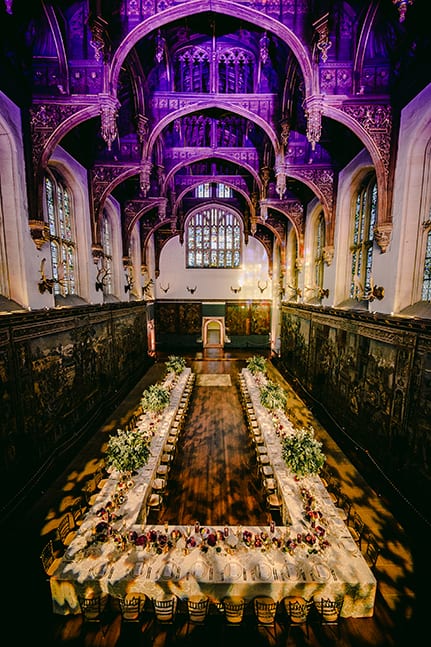 A truly magnificent architectural achievement, Hampton Court’s Fountain Court is one of the best specimens of the Baroque style in the country. Designed by Sir Christopher Wren in the 17th Century for William III and Mary II, the Fountain Court is named for its inspiring fountain pool in the centre of the quadrangle.

The venue’s cloisters allow guests to gather for dining, before moving into the main courtyard for drinks, dancing and entertainment. Available to hire for most of the year, the Fountain Court can host 1,200 guests for drinks, 600 for dinner and 360 for dinner and dancing.

Those looking for a greener outdoor event space can hire many areas from the Palace’s acres of formal gardens. The 20th Century Gardens offer a modern contrast to the building, while the walled garden outside the 1920s-style Garden Room orangery is the perfect Hampton Court wedding venue for intimate nuptials.

Hampton Court Palace also has several indoor areas, perfect for events of any size. The unique Little Banqueting House is adorned with vivid 18th-century murals by Italian virtuoso Antonio Verrio, and is licensed for civil ceremonies throughout the year.

The Great Hall is the perfect venue for a large civil ceremony or dinner. Built to be Henry VIII’s feasting chamber, the hall is truly fit for a king in every way—from the large stained-glass windows to the gorgeous tapestries and wood-beamed ceiling.

Adjoining the Great Hall is the Great Watching Chamber with its dazzling golden ceiling and Tudor tapestries. A favourite dining hall of James I, the Great Watching Chamber can seat 100 for a banquet-style dinner. Of a similar size are the highly authentic Tudor kitchens. Originally used by cooks to prepare meals for Henry VIII’s huge royal court, the kitchens are now one of the Palace’s most unique small venues, with an atmospheric roaring fireplace and costumed food historians available to inform and entertain guests.

For more information about the range of versatile spaces to hold events and weddings at Hampton Court, get in touch with Snapdragon’s luxury party planners with details for your event, and we’ll take care of the rest.

At Snapdragon, we understand that each of your requirements are unique. We listen to what you want and share our ideas with you to help you refine your requirements. We do not constrain our thinking to things we have done or seen before. Many of our clients are high profile or in the public eye; with our years of experience in the field, total discretion is not only expected, but an absolute given for our event planners. We can guarantee privacy and discretion to our clients for every event we plan.

From prestigious hotels to castles and museums, we plan events and weddings in the most luxurious and in-demand venues in the world. Browse some of our favourite venues today for inspiration.

explore
We use cookies to ensure you get the best experience on our website.   ACCEPT   READ MORE